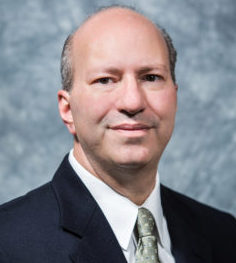 Howard has been a Certified Public Accountant for almost 30 years and holds a BS in Economics from the Wharton School of the University of Pennsylvania.  After starting his career with Big 4 accounting firm Deloitte, he went on to become a Business Manager and Director in the Investment Banking Division of Citigroup where he spent 15 years.

In 2008, Howard decided to begin working on his own and for most of that time has acted as a Controller and Operations Manager for one of the world’s leading experts on patent monetization.  Howard has also built a successful tax practice focused on owners of closely-held businesses and is a Registered Investment Advisor and Advisor Partner at 7th Harvest Investments.

Howard has a variety of outside interests and enjoys travelling around the world, including three years spent living in Argentina.  Using his love of the Spanish language and interest in theology, he translated “On Heaven and Earth”, the first of Pope Francis’ books to be published in English following his inauguration.